Warfare Officers ‘drive’ the warships. You work on the ship’s bridge, control the ship's manoeuvring, are responsible for the safe passage and navigation of the ship at sea, and manage the bridge staff. 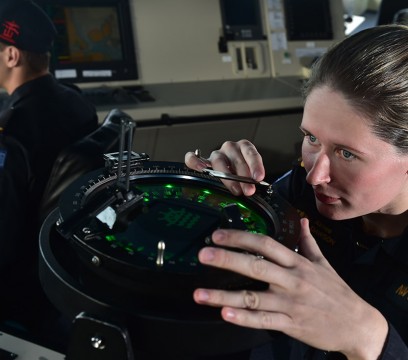 In the Navy, Warfare Officers ‘drive’ and command the warships. You initially work on the ship's bridge, control the ship's manoeuvring, are responsible for the safe passage and navigation of the ship at sea, and manage the bridge staff and ship routines while on watch. During wartime, or simulated manoeuvres and exercises, you will additionally need to assist in identifying enemy aircraft, submarines and other warships and manoeuvring the ship to avoid their weapons. At these times you will assist the Commanding Officer as part of the ship's warfare team which includes the Principal Warfare Officer who will be in the Operations Room directing fire of the ships weapons. 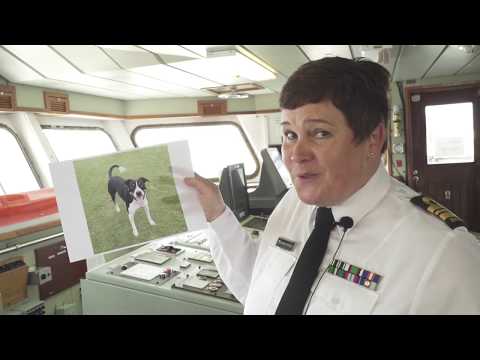 Early in your career you will spend the majority of time at sea, and will be posted to various ships as an Officer of the Watch (OOW). You will complete some courses ashore but will invariably be posted to seagoing ships that are typically away from the Devonport Naval Base for between six to seven months of the year. You will participate in operational missions, and visit ports throughout South East Asia, the Pacific, Japan, China, Australia and New Zealand.

Each Warfare Officer's career is unique, and the specialisation chosen will determine future courses, postings and promotion opportunities. All the ships within the navy have differing capabilities that provide a variety of roles and specialisations for Warfare Officers, as well as providing the opportunity to become Commanding Officers early on in your career. Senior seagoing Commands, such as those on the ANZAC Frigates, follow periods of shore appointments, advanced professional and specialist training and lengthy seagoing experience.

The objective of JOCT is to provide you with the core skills of military, mariner, and leadership to be an effective Officer in the Navy. The course is completed in two phases of training that train key areas of development.

This phase focuses on ‘followership’ and teamwork. Trainees are instructed in basic service knowledge, discipline, parade, and kit preparation. Physical Training will be conducted at all times throughout training to develop a high level of physical and mental fitness that promotes morale, good health, and good habits. This phase will cover various topics including:

The second phase of training will focus on attributes of being in the Navy in preparation for operational service at sea. Trainees will be taught about the roles and responsibilities on board an RNZN ship. Trainees will also spend time ashore conducting academic and leadership training to further develop as a Naval Officer. This phase will cover various topics including:

Mine Clearance Diving Officers are the Navy's experts in Clearance Diving, Mine Counter Measures, Under Water Engineering, Explosive Ordnance Disposal and Improvised Explosive Device Disposal. As a MCDO, you will complete your Warfare Officer training, and then specialise in Diving, completing the Defence Diver course, Diving Supervisors course and specialist Clearance Diving and Mine Warfare courses in Australia or the UK. On successful completion of courses and consolidation in trade, you will be awarded the MCDO Badge.

As a MCDO, you will primarily work as part of the Littoral Warfare Unit in the Clearance Diving and Mine Warfare Group, as well as at sea on our Diving Support vessel. Your career will be focused on the work the Operational Dive Team do and working as a part of them in a range of environments. Once you are qualified, you can expect various postings to the Clearance Diving and Mine Warfare Group, Explosive Ordnance Disposal Squadron, Operational deployments to Coalition-led missions, and at sea on the RNZN's Diving Support Vessel as you progress your career.

The role of an MCDO is demanding physically and mentally. It is not for the faint hearted. An MCDO needs to be fit and be able to work in extremely difficult and testing conditions.

Naval Hydrographers are responsible for generating and maintaining charts to ensure the safe passage of all ships. Hydrographers are also involved in surveying areas for beach landings as a part of the Advanced Force Operations team. In addition to general Officer of the Watch duties, Hydrographic Survey Officers complete survey management and data processing, including ship handling, use of specialised sounding equipment, and processing data at sea and ashore. Find out more about this specialisation here.

A PWO is required to have full knowledge of all weapon systems and sensors to ensure the ship is able to respond to any changing scenario. A PWO is also required to maintain up to date knowledge and the latest war fighting tactics so as to effectively defend the ship against attack.

Warfare Officers holding the rank of Lieutenant for a minimum of two years and holding a Bridge Watch Keeping Certificate (Advanced or Warfare) are eligible to be selected for PWO training. RNZN officers spend 13 months in the UK completing the PWO course.

The aim of this 16 week course is to teach the basic principles and processes of navigation and good bridgemanship, which includes experience in a world class bridge simulator, and culminates in assessments at sea navigating a small naval vessel. You will learn basic skills necessary for your future as an Officer of the Watch including how to plan a coastal passage, conducting a basic pilotage, launching RHIB’s (rigid hull inflatable boats) safely while underway, and dealing with emergencies like machinery breakdowns or retrieving a man overboard.

On completion of your OOW(B) course you will spend 6-12 months aboard a navy ship consolidating everything you learnt on course under supervision of an experienced Officer of the Watch. Depending on how you apply yourself, after just a few weeks you may gain a platform endorsement for that particular ship, meaning you can drive the ship without supervision. This on-the-job training is aimed at preparing you in a practical sense for the (OOW(A)) course.

The OOW(A) course is 16 weeks and covers celestial navigation, advanced pilotage, aviation, and training in basic warfare skills. You will then return to sea to complete your OOW(A) Taskbook meaning you are qualified to drive the ship without supervision in more difficult situations than a basic Officer of the Watch, for example while the ship is operating a helicopter. Completing your OOW(A) Taskbook is a requirement for promotion to the rank of Lieutenant and opens the opportunity to specialise in other warfare officer trades.

Warfare Officer of the Watch (OOW(W))

While undertaking Officer Training you will hold the Rank of Midshipman On graduation from your commissioning course your rank and pay will increase based on your trade speciality and qualification level.

You must be at least 17 years of age.

You must be medically fit for service. Colour perception restrictions may apply. 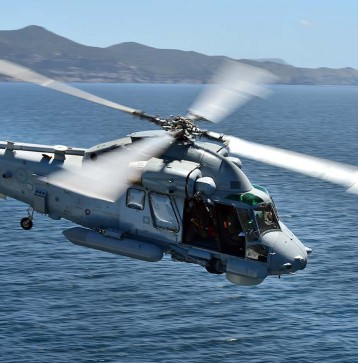 Navy | Aviation
Back to top